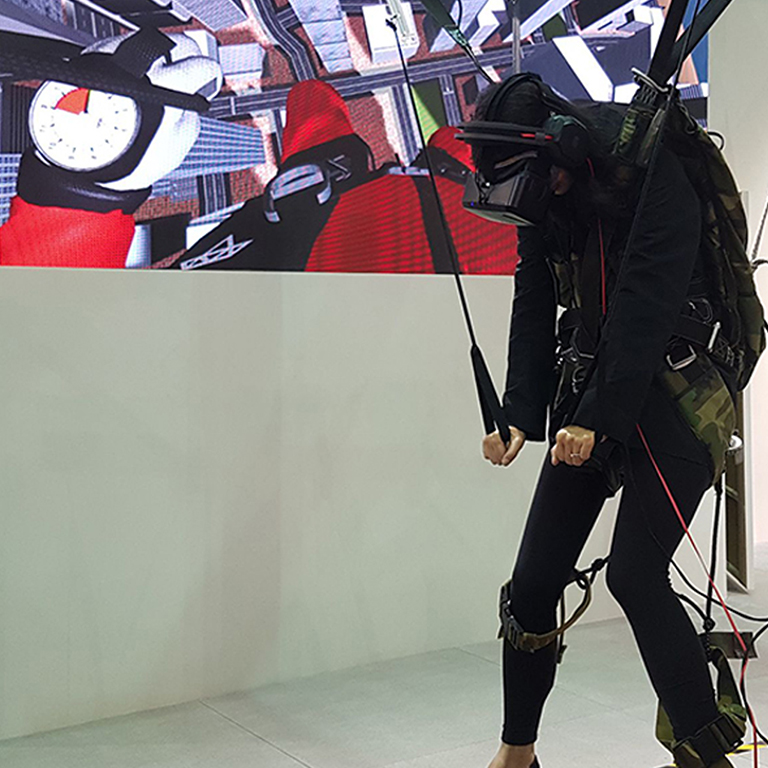 Ever wanted to experience a parachute jump? However, due to fear of heights, lack of money or the possibility of death, you couldn’t?

Now you can with the Para Parachute!

It started a few years ago, when a small team (consisting of a game developer, an interaction designer and an engineer) presented the idea of creating a parachute simulator. Their vision was to make a virtual reality parachute simulator experience combined with an interactive installation, which would stimulate the senses to provide that extra feeling of parachute jumping.

The idea was considered too ambitious. However the team persevered and the project was eventually approved. After finishing the first prototype, everything went totally out of control. Against all odds they flew with their amazing Para Parachute (the second prototype) around the world, from a Maker Faire in Italy to the international tech event Computex in Taiwan.

After Para Parachute has won the Bright VR Talent award, they are even more motivated to show their new and improved finalised version (including a new level!) to anyone who wants to try the unique parachute experience.